We proudly announce that We will offer a 5,10 days Himalayan Yoga Retreat Program at Himalaya village. The place is surrounded by the Himalaya mountains.

You will feel the fresh air and huge energy of Himalaya so that you can purify not only your body but also your mind and soul. If you are looking for some opportunities to change yourself, this would be the perfect place and practice for your self Sadhana. 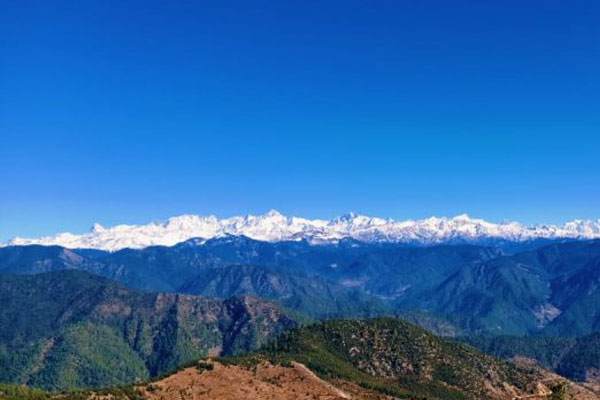 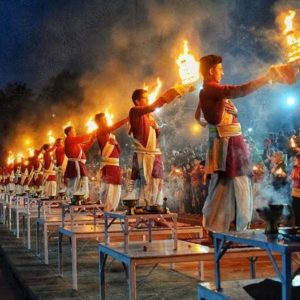 On the first day, We will stay atRishikesh Our Yoga Ashram Opening Yoga Retreat ceremony with a fire puja. Join Evening Ganga arati at Ramjula. The Aarti is carried out facing the river. The lamps are lit and circled around by the pandits (Hindu priests) in a clockwise manner, accompanied by changing or songs in praise of Mother Ganga. The idea is that the lamps acquire the power of the deity. After the ritual is complete, devotees will cup their hands over the flame and raise their palms to their forehead in order to get the goddess’s purification and blessing. 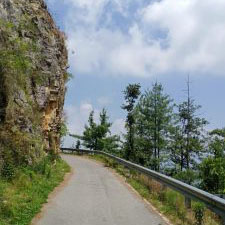 On the first day, We will stay at Rishikesh Our Yoga Ashram Opening Yoga Retreat ceremony with a fire puja. Join Evening Ganga arati at Ramjula. The Aarti is carried out facing the river. The lamps are lit and circled around by the pandits (Hindu priests) in a clockwise manner, accompanied by changing or songs in praise of Mother Ganga. The idea is that the lamps acquire the power of the deity. After the ritual is complete, devotees will cup their hands over the flame and raise their palms to their forehead in order to get the goddess’s purification and blessing. 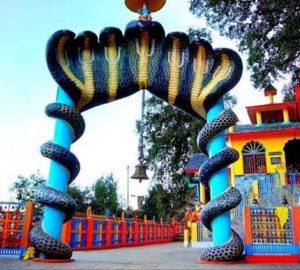 Sem Mukhem Temple is one of the main attractions of Tehri-Garhwal of Uttarakhand. In Sem Mukhem Temple, people worship Nag Raja, the King of NAG, which lies at an altitude of 2903 m above sea level at a distance of 7 km from Khamba Khal of Tehri-Garhwal. It’s a beautiful temple where devotees come and worship to be blessed by Nag Raja.

Highly recommended for travelers who love trekking and would love to get some awesome views of mountains. 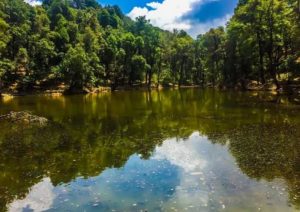 According to a local legend this lake was created by Uddalak and was named after his son Nachiketa. The 10 years -old Nachileta Founded the gateway to hell and, the truth behind life and death. The hikers often trek to this heavenly place which appears to be a scene of a fairytale. The rhododendrons, the dense woods, and the aquatic life attract the hikers. The route is full of soul rejuvenating views of the Himalayan peaks which you can savor while hiking. Nestled amidst the thick pine and oak forests Nachiketa Tal is a treat for the eyes to savor. This untarnished lake is situated at an elevation of 8074 ft or 2453 meters above sea level, in the east of Uttarkashi district. It is located at a distance of 131 km from Gangotri and 29 km from Uttarkashi.

There is a legend of how Shiva drank the Halahala poison, which led Chandra to obtain immortal yoga form. At that time, Chandra was dwelling on the head of Shiva and he did not allow the poison to go to Shiva’s head, while Shesha was protecting the Shiva’s body. As a reward for this act, Shiva Adinath initiated Chandra and Ananta Shesha to the Natha-yogis.

Chandra was given the opportunity to incarnate into the body of Chaurangi Natha (another name is Puranbhagat) and prove his devotion, having already gone through a series of tests. On the Earth, Chandra was born into the royal family, and later as an adult faced his step-mother’s false accusations of sexual harassment. His father ordered servants to cut off his son’s limbs and to leave him for dead in the forest. But shortly after he was abandoned, Gorakshanath appeared to Chaurangi and handed him practices of internal alchemy, promising that after twelve years his arms and legs would grow back again. And so it happened, Chaurangi meditated for twelve years and performed the alchemy practice. His limbs grew back again. From this Chauranginath became an immortal mahasiddha. 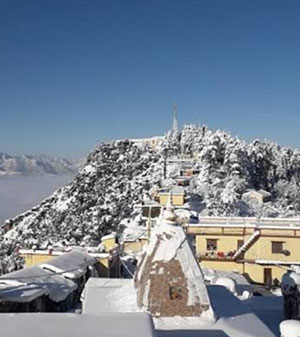 Pratap Shah was coronated king of Tehri Garhwal in 1872 after the death of Bhavani Shah. He found old Tehri town to be too hot and humid as it was located at the confluence of the Bhilangana and the Bhagirathi at a height of 2,000 feet. The British by then had founded the new townships of Mussoorie, Almora, and Nainital. King Pratap Shah following in the footsteps of the British founded Pratap Nagar town in 1877. This town was around 27 km from the old Tehri town. It was densely forested and the most suitable to be the summer capital for the Tehri king. Pratap Shah built palace, court, and treasury buildings and houses for state employees. He also strengthened the bridge over the Bhilangana so that people do not face problems in reaching the capital. Pratap Shah’s successors, namely Kirti Shah and Narendra Shah, established their capitals at Kirtinagar and Narendra Nagar, respectively.

Oneshwar Mahadev Temple is an ancient and religious temple situated in the village Panchayat Dewal situated in the middle of Patti On of Pratap Nagar, the development block of Tehri Garhwal district. Oneshwar Mahadev is Lord Shiva in form. Oneshwar Mahadev Temple is a symbol of faith, faith, progress, and progress. In this temple, nothing else was given except for the fruit, and even today, all the devotees have been doing the work of worshiping only one quince and rice to their God. The Pashwa (on whom the deity incarnates) of the Oneshwar Mahadev temple mainly consists of Nagavanshi Rana of Onal village and Panwar descendants of Kholgarh and many other prominent castes and Bhatt caste of village Bhatt caste of village Silwal to worship the deity. And the village Jakhani is a Brahmin of the Semwal caste of Patti Bhadura. All can be worshiped, but for the worship of the deity, the special responsibility of the descendants of Bhatt Brahmins of Mundayali of Silwal village and Harku Pandit of village Jakhani remains for temple worship. The origin of Oneshwar Mahadev ji is believed to be on top of Kujju Saud Onalgaon. It is popularly believed that due to death at a young age, such supernatural incidents were done by Shri Oneshwar Mahadev at that place in which the whole milk of the cows sent to the villagers to be fed, was fed to the local people in the night by various incidents Many examples, etc. are heard even today. Surajkund is situated near the Oneshwar Mahadev Temple. The virtue of bathing in this pool is considered to be similar to Haridwar or Gangotri. It is believed about the Oneshwar Mahadev Temple that by coming to this temple and worshiping, the childless woman gets the pleasure of having children. In the month of Shravan in the Oneshwar Mahadev mythological temple, thousands of devotees pay obeisance to Mahadev. Not only this, but a huge fair is also held in the temple on the day of Maha-Shivaratri.

Travel from Rishikesh to Himalayan Village

Retreat closing ceremony back in Rishikesh

Best-shared accommodation is available in the area.

Three vegetarian meals a day and unlimited drinks and chai.

All internal Transfers. Rishikesh where the retreat begins, and drop off back when the retreat ends.