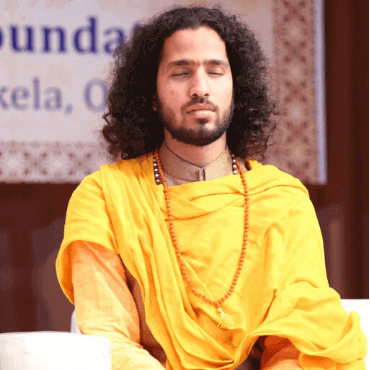 Yogi Naveen’s unique teaching style is the freedom and peaceful joy he brings to the class while still being dynamic. Yogi Naveen is a master of Hatha yoga and Kundalini yoga. He was born at Place of Lord Shiva (Bealunta) after that he moved to World Capital of Yoga Rishikesh which is also known as the valley of Himalayas. He started practicing yoga from a very young age. He belongs to a Hindu Brahmin family. Yogi Naveen is a very Creative Personality for yoga and known for his teaching from Heart.

He completed his Master’s in Yogic Science from the Uttrakhand Sanskrit University, Haridwar. He is on the list of Yoga Teachers invited every year to instruct at the International Yoga Festival at Rishikesh.

He also holds a Diploma in the science of Naturopathy. Teaching at such an early age is kind of blessing for him from his Guru. He learned Yoga from his well Known Guru Yogi Viswaketu Ji. He is also known as Little Yogi in Rishikesh, People from abroad has been highly appreciated his teaching since he is teaching in the international yoga festival.

Yogiraj Dr. Vishvpal Jayant was educated and trained at Gurukul Kangri in Haridwar, India. He brings an absolutely unique set of qualifications and credentials from his extensive practice there. Dr. Jayant Ji is a master of yoga and Ayurveda.

He has received numerous awards from the highest authorities in India. He founded Kanvashram on 2 July 1972 on the banks of the River Manali near Kotdwara in the northern state of Uttrakhand, India. The Ashram is a traditional Vedic gurukul where students are taught in Sanskrit, Hindi and English.

It also features a Natural Health Valley, providing Ayurvedic treatment, herbal medication, yoga and nature cure therapies to the public. A second school, also based on Vedic principles, is an International Academy in the English medium (CBSE BOARD) on the Najibabad-Kotdwara Highway.

Dr. Jayant Ji has conferred the title of “Aadhunik Bheem” or Modern Day Bheem in 1960, by the Indian president V.V.Giri. 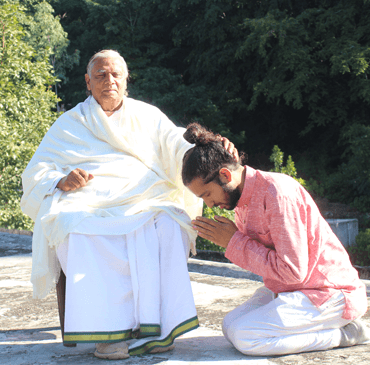 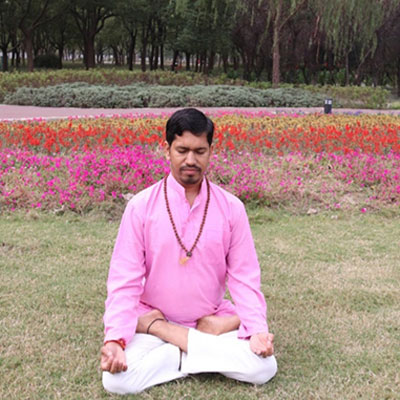 Yogi Ajay Joshi began his journey as a Student and practitioner of Hatha Yoga, Raja Yoga, Ashtanga Yoga and the Vedic healing art as a child in northern India from the age of 7.he was born at place of Lord Siva (Bealunta) after that he moved to world capital of yoga city Rishikesh.which is also known as the valley of Himalayas.

Yogi Ajay is from Traditional Brahmin family.and have knowledge of the Hindu Traditional rituals and Yogic Philosophy. Since childhood he chose to dedicate his life to unravel the mysteries and power of the invisible life force energy of yoga.he has tirelessly dedicated himself to teaching yoga at yoga music center Ramjula.he has learned 6 month Ashtanga Yoga practice from Mysore and he has completed 200 hour yoga teacher training course from Himalayan yoga academy in Rishikesh . He has gained 5 years of therapy yoga experience from Mumbai.

Yogi Ajay unique teaching style is the freedom and peaceful joy he brings to the classes while still being dynamic.he focuses especially on teaching classical Hatha Yoga,Himalayan Yoga,Ashtanga yoga,classical Kundalini Yoga,Pranayama, Sathkarma etc.seeking advanced teaching in pranic purification from Yogi Vishvapal Jayant Ji (Yogiraj Ji) and advanced Vedic yogic practice from Yogi Viswaketu and he learned yogic knowledge from a lot of gurus in Himalayan. while teaching and inspiring student from all around the world to live the joy and dedication. Yogi Ajay is also co-founded Sanskar Yogashala in Rishikesh.

At a tender age of 16, he left home in the quest of philosophy and self-knowledge. He studied the priceless literature and the timeless words of saints and sages of Vaishnava. He then left for Varanasi to complete Vedic Studies after which settled in Rishikesh.

He spent considerably long years in the close association with many renunciates, Rishis and many enlightened souls from the Himalayas to deepen his sadhana and for an in-depth study in Vedanta.

For the last 20 years, he taught Yoga, Vedanta, and Sanskrit in the Gurukul in Rishikesh. He traveled to Italy, Thailand, Japan, Hungary teaching Indian Philosophy spreading Indian culture and preaching the wisdom of the divine religious scriptures.

At present, he has given himself to teaching the seekers of yoga and Vedic philosophy while continuing his own sadhana at his Yoga Ganga Dham. 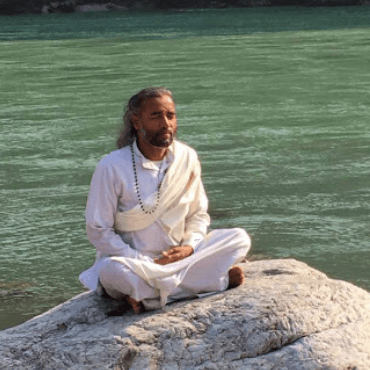 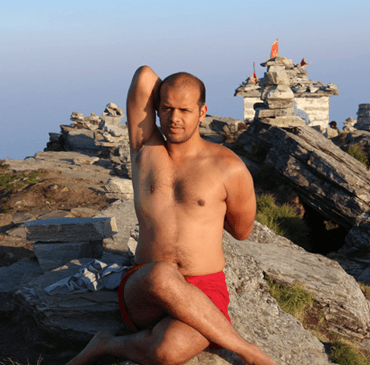 Vikramaditya Singh, the young ever curious lad as he calls himself was born in a Hindu Arya Samaaji Family. His upbringing in an acultural yet rational environment influenced him largely during his childhood. days, as he was brought up among Vedic Yagans at his home and access to a plethora of Vedic literature, compiled and maintained by his father in his very own library within the serene surroundings of their home.